Tasha’s back! This time she’s sharing the introduction to her story – how she decided to help get their family out of debt. But wait? Live on half your income? Is it possible on a teacher’s salary?

If you haven’t already, you should read the intro to the intro here. :) 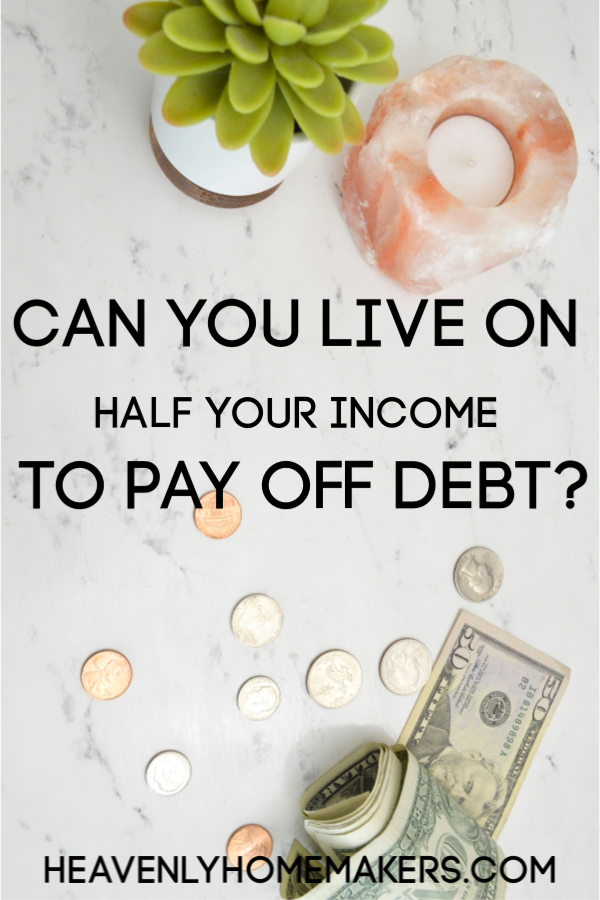 Once Upon a Time When We Were Broke

Narrator: Once upon a time in a kingdom near you there lived a little girl named Tasha. Literally, she’s only 5 foot and a hundred pounds. She was the mother of four children. She was married to her King, and she was Queen of her castle and bought herself a Blentec because she had money for it and she wanted it.

Tasha: Excuse me? Um, no. That’s not at all how it happened. Back up a few years.

Narrator: Once upon a time in a kingdom near you lived a mother of one little prince. She was married to her King and she was the Queen of her castle… and she… had… a blender that worked well enough…

Tasha: Nope, just stop. I’ll take it from here. Thanks.

Hi, it’s me, Tasha. Can I tell you a story? My working title is…. “The Story of How I Decided to Not be Broke Anymore” or we could paraphrase: “My Journey to the Blendtec” Haha. I kid. This story has nothing to do with blenders. Or does it!?

Seven years ago, Ben and I had one little baby boy. Ben worked afternoons and weekends and went to school full time (at a not-at-all-cheap private college). I worked full time in an office. Baby went from Daddy, to daycare, to me, and round and round.

To be fair, we were broke long before that, we just didn’t understand how much until there was a baby involved and diapers and daycare and medical bills and carseats…

A friend from school worked as a financial advisor. He asked if he could stop by and chat. Sure! Then he tried to educate us on the benefits of investing, and mutual funds, and retirement, and bla bla bla – I heard and understood nothing. He kept asking, “What do you want?” Expecting us to have these big dreams, and big things we wanted to buy or go or do.

As I wasn’t hearing him, I’m not sure he was hearing me.

After a while, I jumped off the couch and rifled in the closet for a minute and brought back our money jar. I brought it in with a flourish. In it contained our savings. A few dollars of change and almost $50 in cash.

I knew I was being dramatic. But I set the jar on the coffee table and told him, “What I want is to go to the grocery store and buy food for my family without my heart racing because everything is too expensive.” Our meeting ended shortly after, we said thanks anyway, parted as friends and went on our merry, happy, broke way. 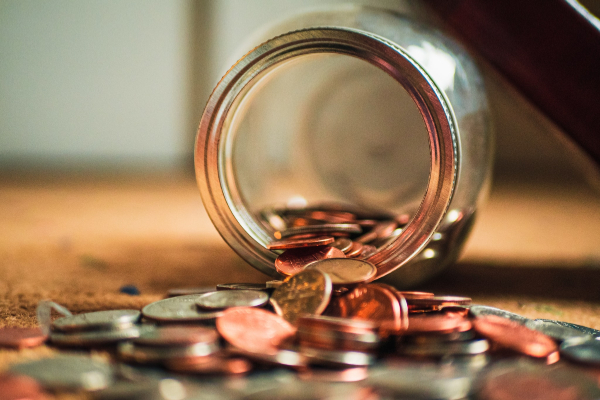 Fast forward a few years. I’m a stay-at-home mom to two kids. Ben is now a middle school teacher making $35,000. This was SO MUCH MONEY!!! So. much. (By the way, I’m going to bust through that awkward social norm and use real numbers with you.)

He started at $28,000 in Kansas. Now at $35K, we ordered pizza every Friday ($15) and went out for donuts every Saturday ($4). I bought the real whole food ingredients that I needed to make food for my family ($?). I was making some of Laura’s recipes that included the luxury of cream cheese and chocolate chips. We called back our friend and said, “We’re ready now!” We were finally ready and peaceful about investing for retirement.

AND YET!!! Somehow we were still broke. This was three years ago (after investing for a year), and I was now the mother of three children. I had a sad, “oh-poor-me,” moment and whined something like this to our financial guy, “I feel like we’re just barely keeping ahead! Are we going to be poor forever… ? I just… when are we going to be able to take our family on trips, are we ever going to be able to go places and do big things?”

And he said something like this, “… it’s going to take a long time.”

I don’t know what it was in those words, but SOMETHING CHANGED in me. The debater and controller and adventurer in my soul said, “Challenge Accepted.” I had found a motivator. I had found a WHY that spurred me. A silly thing in hindsight, of all the reasons, for me it wasn’t the big trips or the future RV or the new clothes from an actual store, but the challenge itself that I was NOT going to let it take a long time.

This was October 2016. I ran the numbers over and over. Scraps of paper littered our house with pencil marks and budget plans scribbled in the margins. I started keeping a detailed track of how much was I really spending on groceries every month. How far could a tank of gas get me? If I cut out this and that could I stretch it this far…? The question I was trying to answer:

Could we live on half our income?