Once Upon a 25th Anniversary… 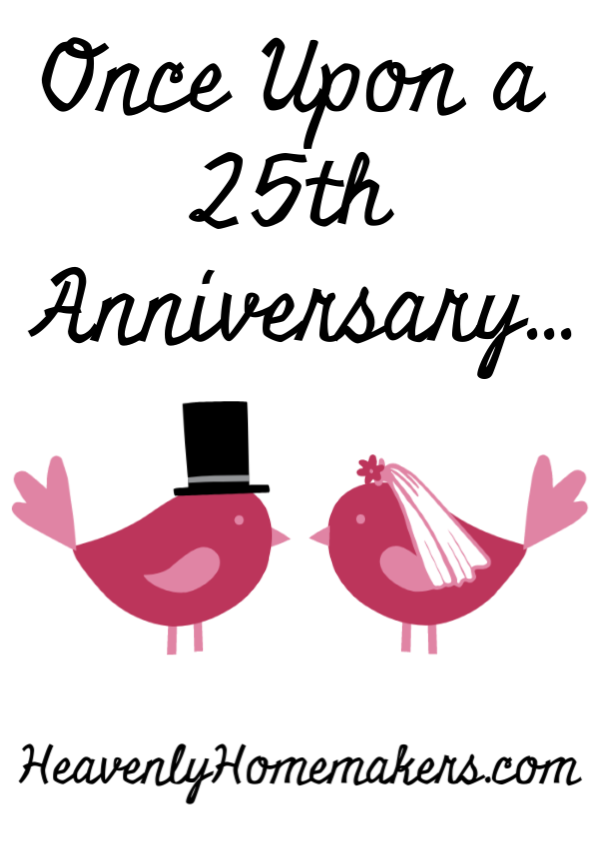 On this day, 25 years ago, two kids got married. 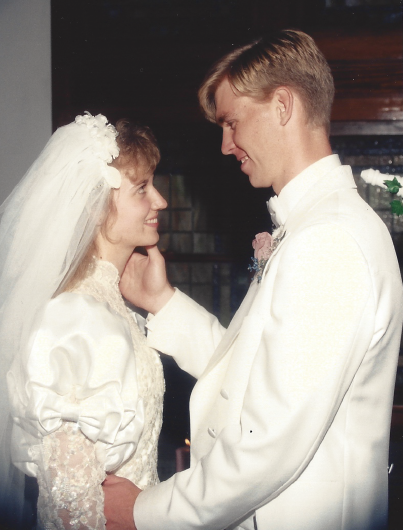 They were sweet and they were head over heels and they were ready (or not) to embark on the next journey of life called marriage.

Immediately following the wedding, they excitedly drove away toward their honeymoon destination, Colorado Springs, Colorado. They enjoyed a stay in a hideaway cabin, while taking in the scenery and walking the fun streets of Manitou Springs. 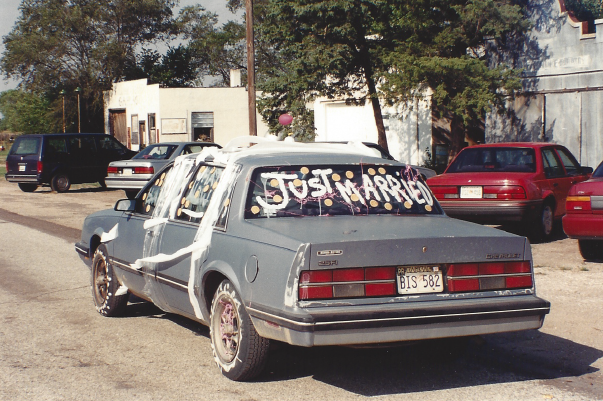 All the while, they talked and dreamed. They imagined what their life as a married couple and family would become. They talked about their future sons and daughters (ha!), what they might look like – if they’d be tall, blond, athletic, and adorable.

They rode the Cog Railway to the top of Pikes Peak, and as they rode, they made a decision. Right there they declared, “On our 25th anniversary, let’s come back here and do this again!” And so it was decided. They would celebrate their 25th anniversary back in Colorado Springs. 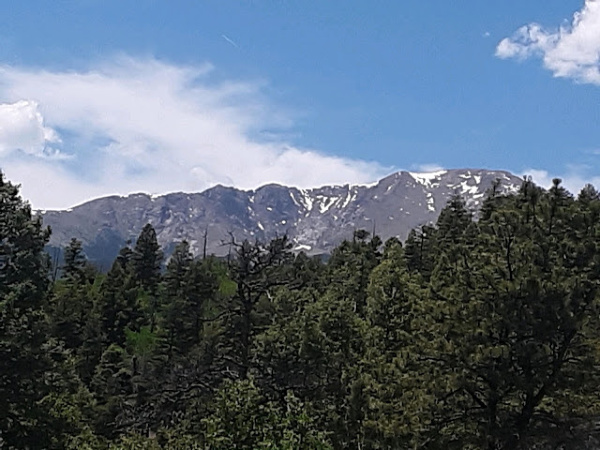 As the years went by, God made many of their dreamy dreams come true. They were in ministry together, went through hardship together, figured out more of life together and would you believe? They had four adorable children – all sons – who are most certainly tall, blond, athletic, and much more incredible than they could ever have imagined.

Somehow those children grew and grew and began to leave the nest. They became teens and adults and the couple saw God at work in them in ways that left them constantly in amazement. Through this, the couple recognized more and more their need for Christ. They learned that God is the Father of their children. Surrender became a keyword in their household. They asked God to help them learn what it meant to live fully through the Holy Spirit because they knew they couldn’t do any of this life through their own strength or without help. 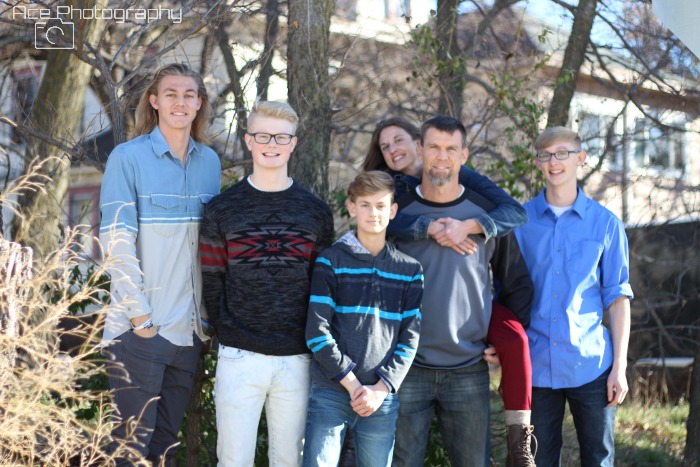 Then, one day without warning, God taught them a lesson in true surrender. Who was this? A 4-year old boy on the doorstep? Would they be willing to give him a home?

They gathered the family and spent some time in prayer. Yes, they decided. They would gladly give this dear one a home.

So four boys became five, and they all marveled at this unexpected turn of events in their lives. While big boys were leaving the nest, a new boy was added. Then just a few months later, the boy’s baby cousin moved into the home too. Six boys? One of them tiny? Well now, no one, not anyone had seen this coming. 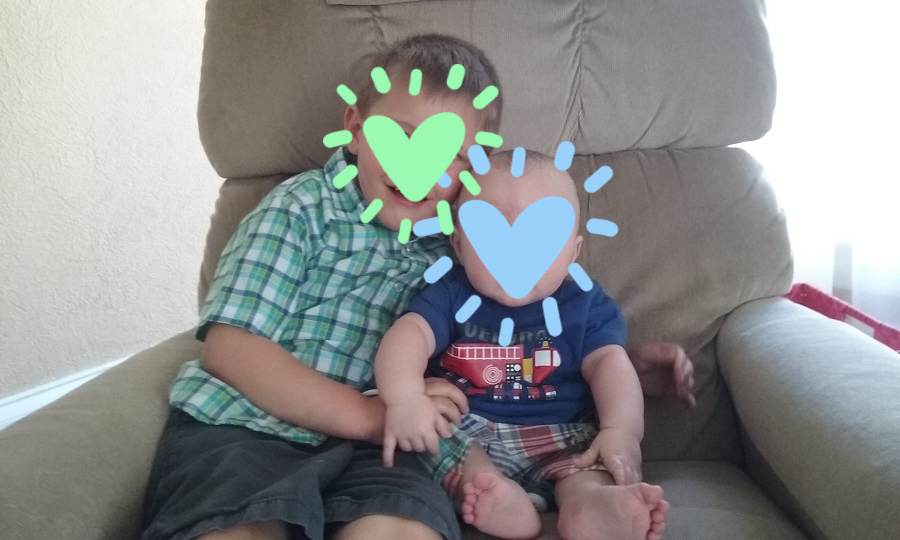 But God. He had known all along. And as the family looked back on the past year’s events, they saw how He had prepared them for this. How He was fully in this and how He would always provide.

The oldest of six graduated from college just as the youngest of six was learning to crawl. Tears of trial and tears of gladness fell frequently down the mother’s cheeks. “How did we get here?” she often wondered. 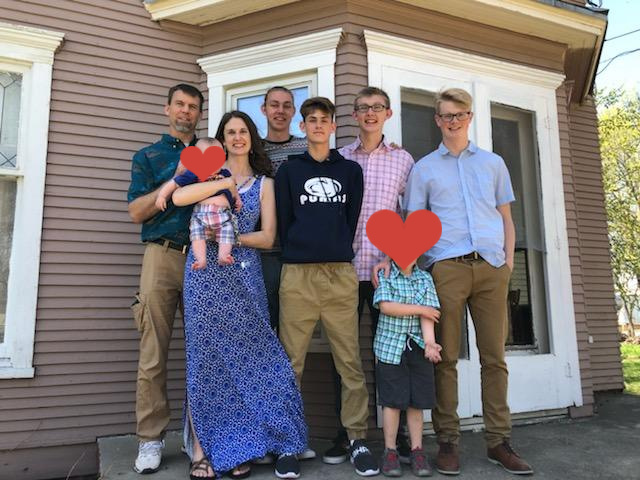 Then quite suddenly, the couple’s 25th anniversary began to approach. Laughingly, they remembered their decision, made so long ago, to go back to Colorado Springs to celebrate their 25th anniversary. The couple marveled again at the innocence of the decision they had made as newlyweds, the unknown blessings that God would provide to their family and home through all these years. The four biological sons God would give them. The Bonus Boys they would fall in love with. The life, the ministry, the lessons, the love.

So much for the 25th-anniversary trip, thought the couple. No matter though. God had them where He wanted them. They could go on that trip another time.

But their friends wouldn’t hear of it. As they listened to the story of the sweet young couple who had so long ago made dreamy, faraway plans, they stood resolutely and said, “We’re making this happen for you. You are going.”

Tears fell again over the love being poured out. And then, because God was a part of it all, the plans began to fall into place.

With the help of the couple’s fabulous, servant-hearted grown sons and the absolute determination of the kind and loving friends, the couple filled the freezer with nuggets and the refrigerator with applesauce. They made a five-page instruction list and gave thorough tutorials to their sons on how to change diapers and make bottles. The sons and the friends said, “Enough. We’ve got this. GO.”

And so they did. The couple was amazed that it was happening, but away they went. They drove and they talked and they reflected on all God has done during the past 25 years. They praised God for their willing sons and darling friends who were so precious to care for the little ones so they could have a much-needed getaway. 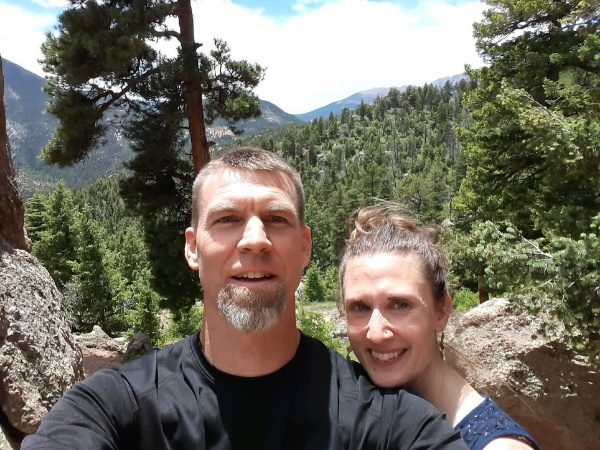 It really happened. They went to Colorado Springs. They hiked and they walked the shops at Manitou and they relaxed and they soaked up the sun. They went to some of their favorite honeymoon spots and realized in awe how long ago it had been, but how quickly the 25 years had passed.

They laughed at themselves because even while they were away from the kids, they found that they talked about them constantly. They prayed together and they rested and they conquered The Manitou Incline – a challenge they loved taking on together. 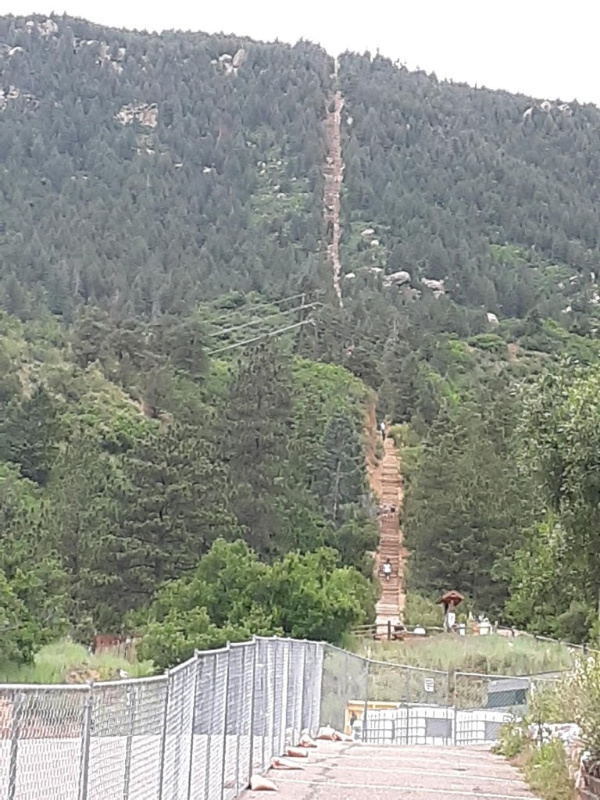 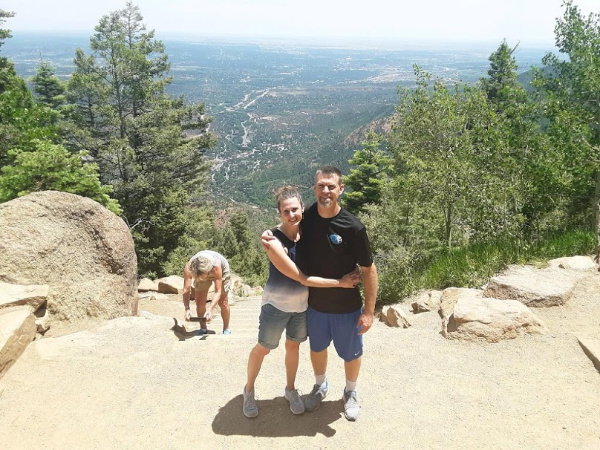 Meanwhile, back at home, the kids were all well. From the friends to the big boys to the little boys, all fared just fine.

The couple returned home refreshed and ready for hugs. What they had once dreamed of, then had written off as impossible, had actually become a reality thanks to the love of so many who were willing to serve.

What will the next 25 years have in store? Well, if the couple has learned anything during these first 25 years of marriage it is that only God knows the plan. They know to be open and willing to say “yes” to God’s yes. They know that He is providing for them and preparing them for all that the unknowns that are to come.

Praise God for 25 years of experiencing God’s goodness and faithfulness, together. Here’s to every new tomorrow…