Well, I got a lot of cooking done last week. I don’t have a lot of food to show for it, as we did our fair share of eating last week too. But, eating is a good thing, and I was able to stash a little bit in the freezer for quick meals later on too.

I am happy to report that I was able to make everything on my list (except for the Ranch Dressing), plus a few extras. What I’m not so happy to report is that with some of the cooking…I got a little bit lazy.

Take for instance these Corn Dog Muffins. They’re so easy to make and are great to have in the freezer for a grab and go meal. My problem though came when I just didn’t feel like taking the time to cut the hotdogs to the right size. I was in a hurry and just cut them all in half (instead of into thirds). This means that the dogs did not fit into the muffin cups at all and instead just sort of sat on top of the cornbread.

It get’s all funky in the oven and comes out looking like this: 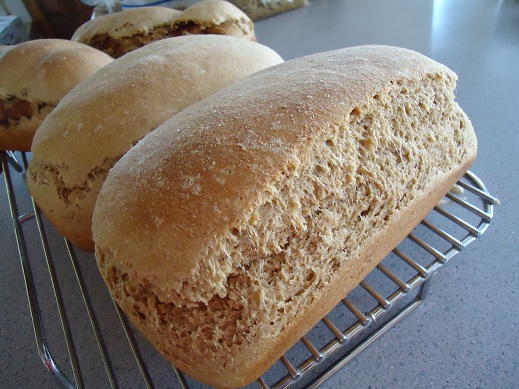 Again, my family doesn’t mind funky looking bread, especially if I slice it before they notice. While making our bread, we took a little extra time to make some loaves of Cinnamon Swirl Bread – always a favorite. My kitchen helper loaded it up with cinnamon…the more the better right? 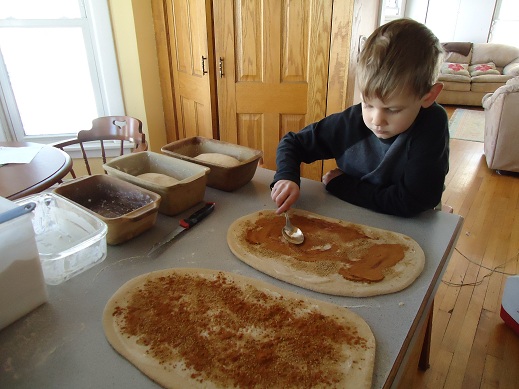 And again, I have to say…if the bread is ugly, slice it up before anyone can see it. It doesn’t look nearly so ugly when it’s toasted and has butter melted all over it…

For a snack while the boys were having an art lesson (because drawing and eating at the same time is a great way to creatively sketch animals), we had Cream Cheese Apple Dip with sliced apples. That stuff tastes SO good. 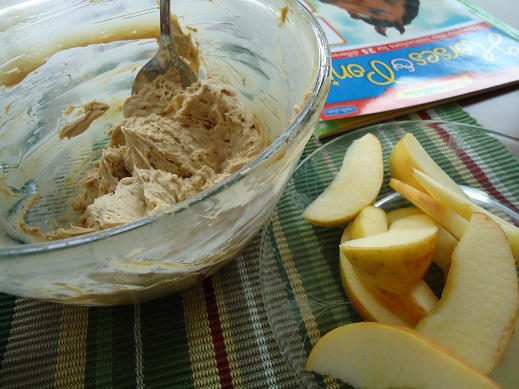 I made six pounds worth of Turkey Sausage, browned it and bagged it up for future use with Pancake Sausage Muffins and Easy Breakfast Casseroles. I can’t tell you how nice it is to have pre-made Turkey Sausage on hand to grab out of the freezer for a quick meal!!

Of course, while I was at it, I went ahead and made two batches of Pancake Sausage Muffins. We ate a batch the next morning and froze a batch for later. 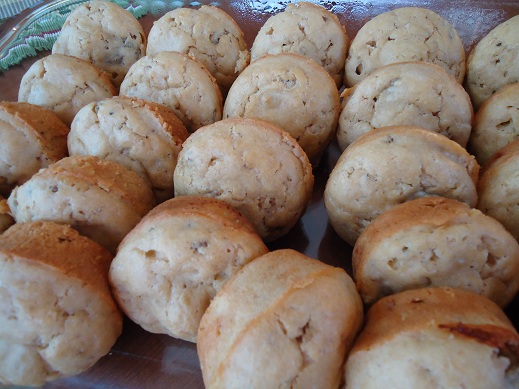 Again, my lazy side took over and instead of making Mini Apple Pies, I made one big apple pie and an apple crisp. The boys decorated the top of the pie using cookie cutters with the leftover pie crust dough. 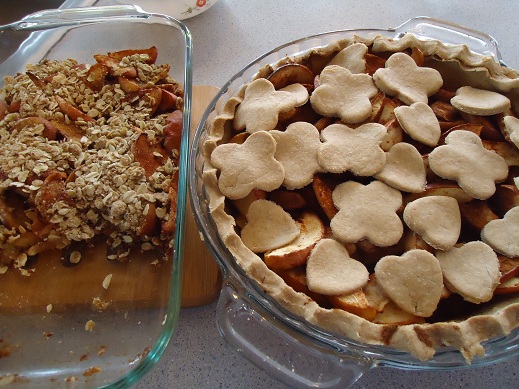 I made a batch of Whole Wheat Hamburger Buns, which is probably one of my favorite foods to have in the freezer! They’re great to have ready to pull out for Sloppy Joes or Ranch Burgers or just plain sandwiches. 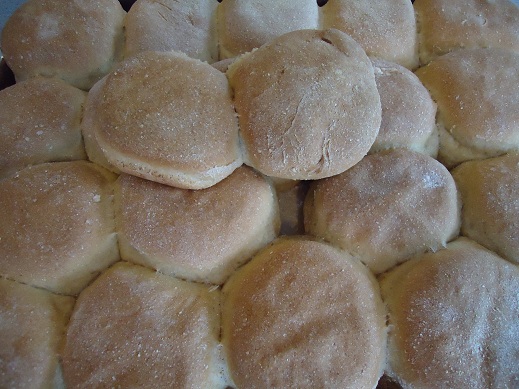 Because I had talked about stretching one chicken to make six meals…I decided I’d better cook a chicken to prove it to myself and to experiment with the best way to get six great meals from one chicken. After eating some of the chicken and broth, we still have some chicken and broth in the fridge for future meals. I’ll be working on the “How to Stretch Your Chicken” post, and in the meantime, I hope you are all picturing us in the kitchen with a raw bird, seeing how far we can stretch him…kind of like a tug of war. Just kidding…don’t picture that.  And please, whatever you do, do NOT give my children any ideas. 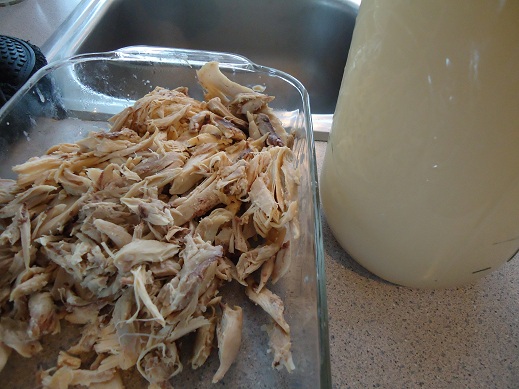 I made Warm Vanilla Soother one morning to go with our breakfast, so with the leftover egg whites, I made a batch of Coconut Macaroons for a friend who can’t have wheat. We did a little “quality control” before sending the cookies off, and we declared that the cookies were certainly fit to eat. 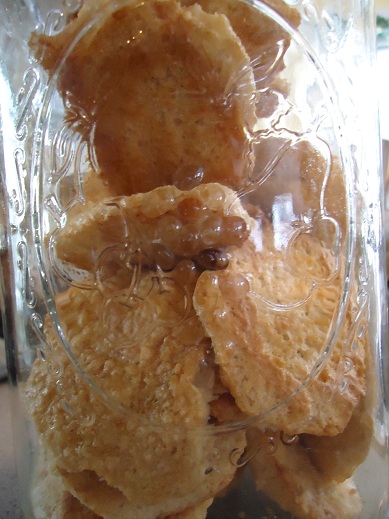 The Poptarts finally got made toward the end of the week…and there is exactly one left. These Poptarts are a hit…and I’m just sure they freeze well…but in my house, they have yet to make it to the freezer. 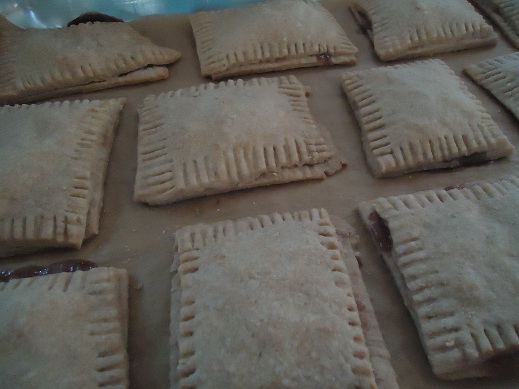 So what do you suppose is the loudest activity in our kitchen? Give up? It’s making Homemade Peanut Butter. Peanuts flying around in a food processor is really, really loud. Of course, then it gets even louder because my kids tend to like to try yelling over the noise. It’s a highly effective way to communicate.

With our fresh Peanut Butter, we made some Healthier Rice Crispy Treats for snacking. Then we made more (loud) Peanut Butter to fill our jar for the fridge. 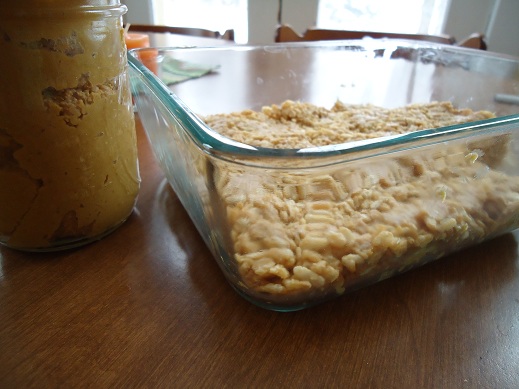 So let’s see…what did I learn from my week of cooking? Don’t be lazy. Cut the hot dogs smaller, knead the bread dough longer. Don’t try to draw animals while eating apples and dip because you’ll end up with a very sticky horse. And never tell your kids you’re going to see how far you can stretch a chicken, or they’re likely to grab the bird and yank the legs off.