It’s too bad you can’t smell my house right now. The boys and I have been baking Snickerdoodles and the whole house smells SO GOOD!!! 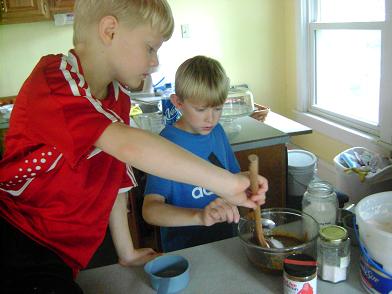 It seems that my boys think sitting on the
countertop is the best way to bake.

Last week I received some of this yummy organic Red Ape Cinnamon from KestrelGrowth.com. I don’t know why I’ve never tried to make a healthier version of Snickerdoodles. But…when my Red Ape Cinnamon came in the mail that’s the first thing I knew I wanted to make! 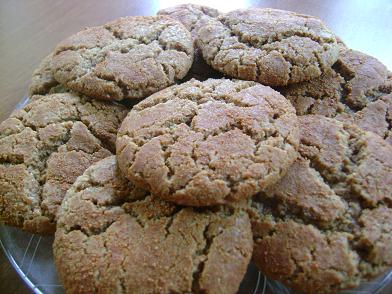 Stir together melted butter and sucanat. Add egg, vanilla, baking soda and cream of tartar, stirring well. Mix in flour. Cover bowl and chill dough in refrigerator for one hour. Roll dough into one inch balls. Roll balls in the sucanat/cinnamon mixture. Place balls about two inches apart on a cookie sheet. Bake at 350° for 10 minutes or until the cookies are golden brown.

These cookies turned out SO good!! Now, I want to use my new cinnamon in Applesauce Bread and Cinnamon Swirl Bread!! I love baking in the fall…

This week, just in time for YOUR fall baking, KestrelGrowth.com is offering to give one of my readers a FREE jar of Red Ape Cinnamon!! Leave a comment here letting us know why you’d love to win!