Perhaps you are excited as I am about the Easy Peanut Butter Pudding recipe I shared a few days ago. If so, you can get even more excited about how you can make different varieties of homemade pudding to create your own transportable Real Food Pudding Cups! Not only are these Pudding Cups made with real food, you will be amazed at the low cost for such a wholesome treat! 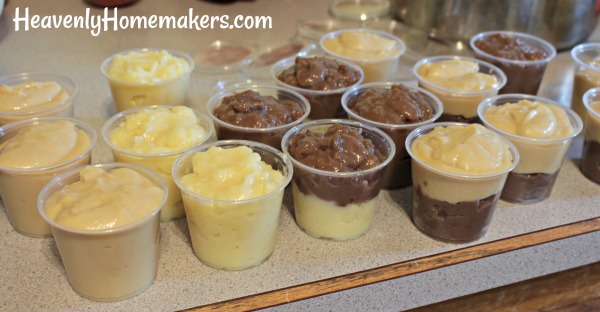 Take note that some people (who shall remain nameless) tried to overfill their cute little cups and then the lids wouldn’t go on. Correction: The lids did go on, but pudding pushed up and over the top through the lid and squished down the sides of the cup, ruining the cuteness and creating a mess. I don’t know who would do this, but some people did this, so don’t be one of these people.

The nameless people who overfilled their cups had to scoop out pudding into an extra cup before placing lids on top. But then look: 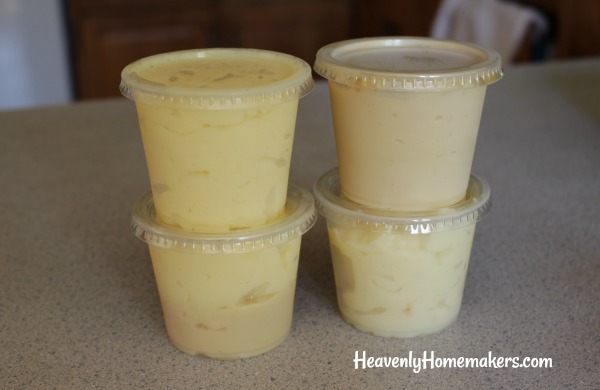 A couple years ago I discovered these awesome BPA Free Cups with Lids at Amazon and have used them over and over. We’ve used them for applesauce cups and for transporting berries or veggie dip. They come in super handy! And now, we learn that we can use them to make these Easy Homemade Pudding Cups.

I recently checked the price and ingredients for pudding cups at the store. First of all, the store-bought pudding cups sit on a shelf instead of in a fridge, so we can be sure there are many preservatives included. The biggest reason to avoid these is that they include two kinds of hydrogenated oils plus vegetable oil, none of which can our bodies digest well or utilize for nourishment. Cost for store-bought is roughly $0.25 for a 3.25 ounce cup.

How much do Homemade Real Food Pudding Cups Cost?

I estimated that one batch of pudding cost me about $1.75. This made six 5-ounce cups of pudding, which breaks down to $0.29 per pudding cup! But since the cups I’m using are slightly bigger than store-bought pudding cups, the price per ounce of homemade pudding is actually less expensive than purchased pudding cups!

How about that? Making Real Food Pudding Cups saves us money and ensures that we’re getting a wholesome, filling snack or dessert!

You can have fun making pudding varieties and mixing and matching fun flavors! Reuse the disposable cups (they wash up easily!) to save even more.

What can you do with extra egg whites after making homemade pudding?

These pudding recipes call for egg yolks as the egg whites tend to create a funny texture as the pudding cooks. I set the egg whites aside, store them in a jar in the fridge, then often add them to our scrambled eggs to use them up. Or you can make Coconut Macaroon Cookies. 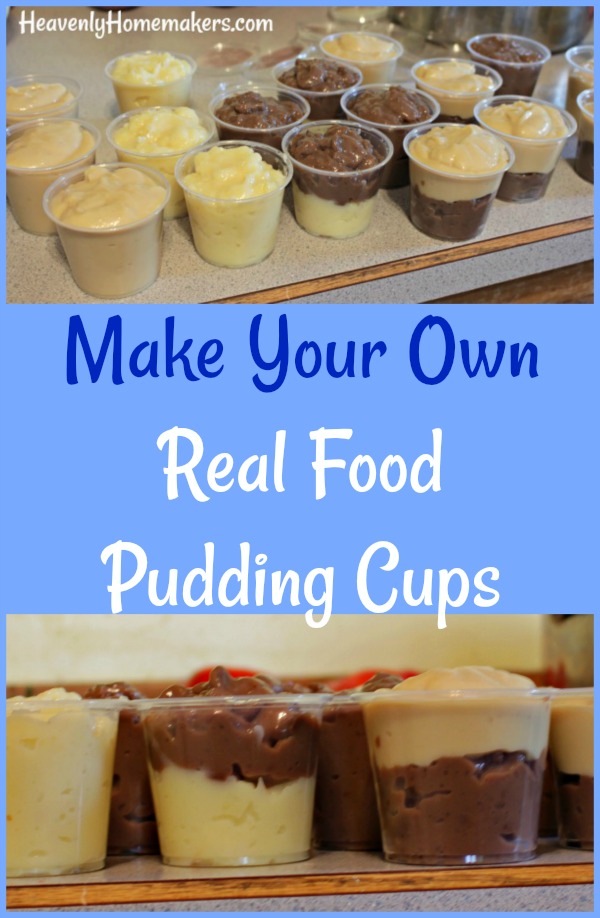 What’s your favorite variety of pudding? Do you have any other great ideas for utilizing these reusable plastic cups with lids?

Some of these links are affiliate links.