Make this turkey sausage recipe even easier by creating a jar of seasonings for this sausage. Learn how!

We LOVE ham and sausage at our house, but from what I read, pork is not the best for you. We do eat bacon from time to time, but this Turkey Sausage is a delicious alternative to pork. It’s easy and it tastes great!

See? It looks like sausage and everything?! My family devours this sausage. 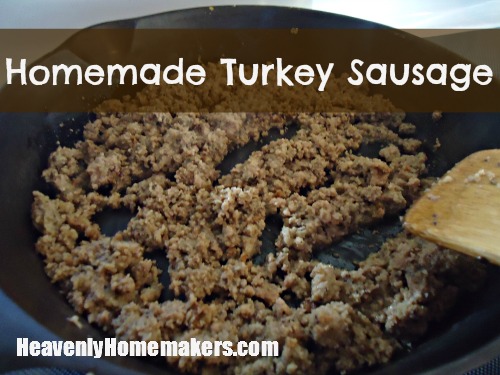 Save Print
Author: Laura
Ingredients
Instructions
3.4.3177
You’ll find more recipes like this in my ebook:  Think Breakfast…Outside of the Box or in my “actual book” Oh, For Real: Real Food, Real Family, Real Easy.


What can you do with this Turkey Sausage? Here are our favorite ways to use this: