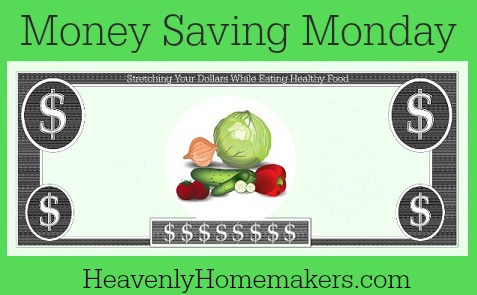 Have you heard the news? Spinach is the new chocolate. It’s showing up in everything. People can’t get enough. It’s highly addicting. Spinach makes people sooooo happy.

I just made all that up.  Chocolate will always be chocolate, and spinach will…not. But at our house, the “can’t get enough spinach” statement is very true. I’ve been adding spinach to everything. (Actually, I haven’t been adding it to my coffee. I do draw the line there.)  It’s almost become a joke. The boys sit down to eat and say, “So did you add spinach to this, too?”

The good news is:  They are eating it. ALL of it. And they aren’t complaining. Even the pickiest one. Why aren’t they complaining? Because you can add spinach to many, many recipes and it will not change the flavor. It will only add nutrients. And…it might turn the food green, but whatever. I’m not trying to hide the spinach. I’m just trying to add goodness to our food in every way possible.

While I continue to learn more about eating well, the biggest lesson I’ve learned is this:  Healthy eating is not just about what you eliminate from your diet. It’s about making sure you’re filling your body with as many good nutrients as possible so that it can thrive. I’ve also learned never to overfill my blender, which is an equally important lesson, though not so much about nourishment as it is about the regret of finding crusty peach milkshake on the ceiling three days after the episode. But about adding nutritional value to our food… 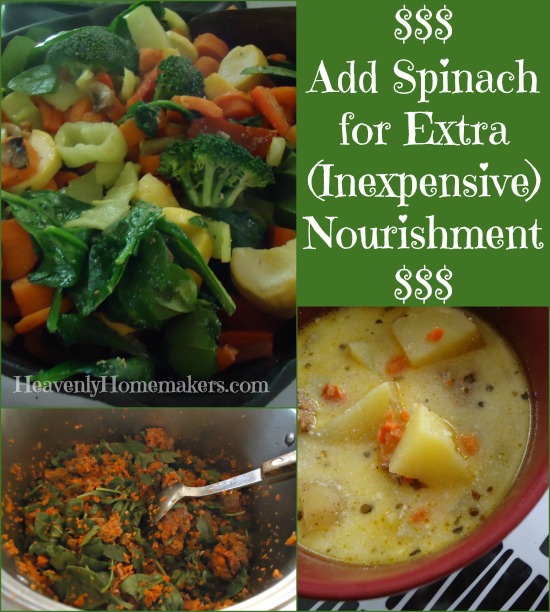 The best news of all? Adding spinach to your recipes is a very inexpensive way to eat healthier. I paid $6 last week for a pound of spinach. That sounds like a lot of money until you recognize that spinach is very light weight and one pound of spinach is enough to stuff my pillow. I add spinach to meal after meal after meal. Just think of it. For about 75¢ per meal, I can add 19 fantastic nutrients to my dish.

How to add spinach to your food:

I find that simply tearing up handfuls of raw spinach with my hands and throwing it into the cooking pot works great. My cousin said that she dumps a package of raw spinach into her food processor, adds just enough water to help it spin, then purees it. Then, she freezes the pureed spinach in ice cube trays, throwing a frozen spinach cube into recipes. Brilliant!

What I’ve added spinach to successfully:

What I haven’t tried yet, but you better believe it’s on my list:

If you haven’t tried adding spinach to your recipes, I highly recommend it! If you have tried it, leave a comment to share what has worked for you.